Stay up to date with all of the latest news with SZapp!

Please see below a list of our current Policies;

Policies issued via the Catholic Education Commission Tasmania, including the How to make a complaint (Grievance) Policy, can be accessed via the 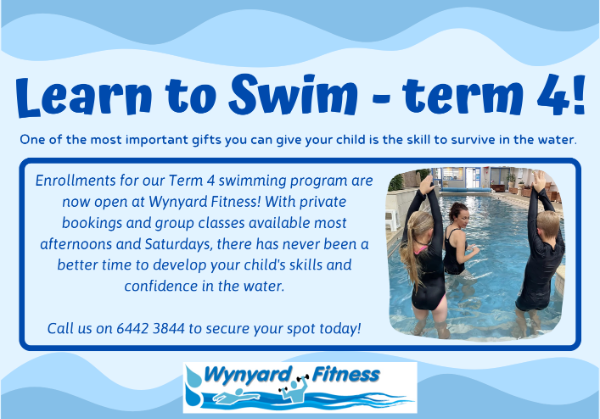 The 2022 Tasmanian All Schools Track and Field Championships will be held at Hobart’s Domain Athletics Centre Saturday 29 and Sunday 30 October 2022.

IMPORTANT: Entry is by individual athletes. Student athletes should make sure they read the event information before entering.

For information on how to enter and to read more about the event, click on the below link to the Athletics Tasmania website: 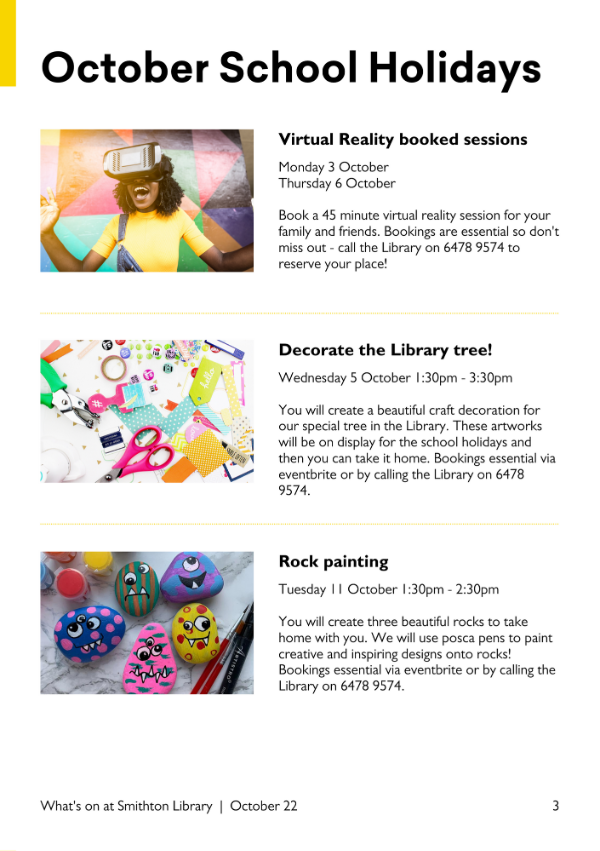 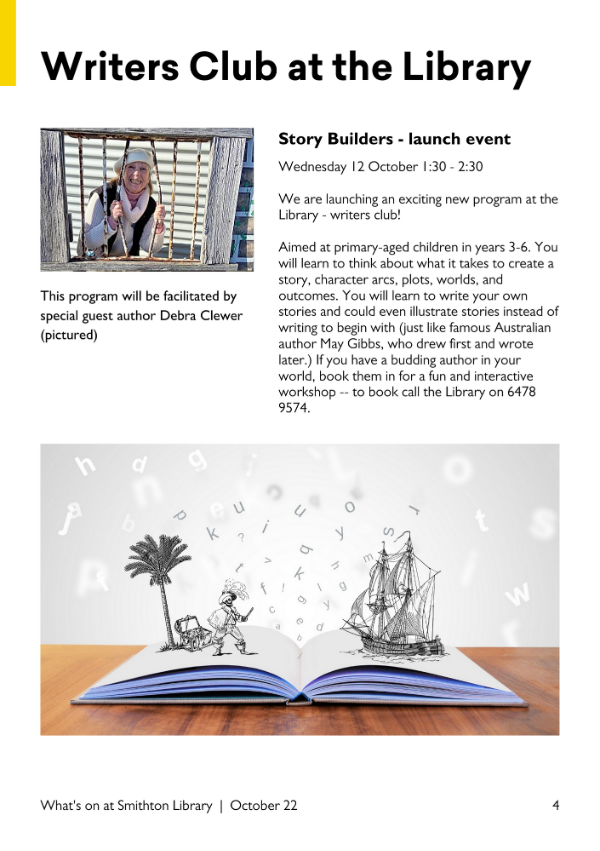 Grade Five students have been crafting recounts of their Wings Wildlife Park experiences.  Their recounts were descriptive, and it was great to see students transferring their knowledge of grammar and punctuation into their written work.

In Grade Five, I went Wings Wildlife Park. I had the best time of my life. It’s very recommended to go there. I was very excited to see all the animals. I adore animals. As I got off the bus, I felt like I was going to have a sugar rush. My classmates walked towards some tables, and we sat down. Miss Plaza got us some cookies from camp.

Two ladies walked to my class, and they said their names were Nicole and Riley. They both took us to the entrance where there were rats and rabbits. After that, we went to the Encounter Zone. They first showed us a sugar glider. He was so cute. Riley told us they were going to show us a black and white marsupial, everyone knew it was going to be a Tasmanian Devil - one of my favorite mammals.

We walked past a river with waterfall-like aspects. As soon as the river stopped, we saw the most terrifying thing on earth, the biggest vermin in the world, the Capybara. They are huge.

There was an albino magpie, called Eddie. My friend and I felt bad for him since he was all alone. Eddie liked to bite our fingers and stand on our hands, with his sharp claws digging into me. Eddie had one blue eye and one red eye.

At Wings Wildlife Park, I had the best time of my life. It’s very recommended that you go there! 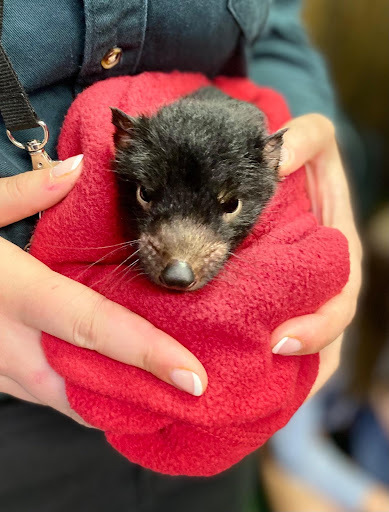 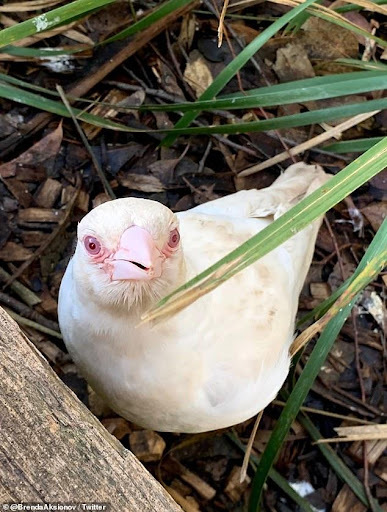 The ladies' names were Riley and Nicole. First, they took us through a door that led to a hallway, with nocturnal animals and some chicks in an incubator. They told us interesting facts about the animals and some animals were cute. Once we all got to the end of the hallway Riley said to sit in a circle behind a fence. She brought a sugar glider and a Tassie Devil that was adorable. She told us about the two animals, and she let us pet them.

We found ourselves over the bridge with fast gushing water under it. Capybara and monkeys that were so small. On the other side of the path, we got to see some Tassie Devils, and they fed them a wallaby leg. It looked like they were playing tug of war. It was really cool. Loud colorful bird noises came next and there were a lot of different types of birds. After we had seen all the birds, we all stood in a funny looking horseshoe and Riley got a wombat and took it around for us to pet it on the lower part of his back. Nicole and Riley led us through a gate and the first thing we saw were kangaroos. We got some food and fed them. While feeding them we saw joeys in their mum’s pouch, and they were adorable. We left the kangaroos, and we walked not that far to see goats. Some were at the fence while I think one was up on a steep hill. All the facts I heard about the animals so far were fascinating and interesting. We walked past the wombat enclosure, and we heard more birds but this time luckily, they were a bit quieter. All the birds looked so cool and some of the birds I wanted to hug them. At the end there was this albino magpie. It bit our finger softly and went on Tommy’s hand. It was the most beautiful bird I've ever seen. We walked up a hill to see monkeys and they were so cute and funny and fast. When they ate it was funny. They would follow us when we moved along the cage fence. Up the hill some more there were some wedge tailed eagles and boy they were huge.

After coming back, I was amazed at how many animals there were and how cool they were to see. My favorite was most likely the monkeys because they were so funny and cute. We all had a lot of fun there, so it was sad to leave the animals. We all had great time which made it a great experience. 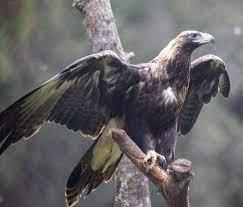 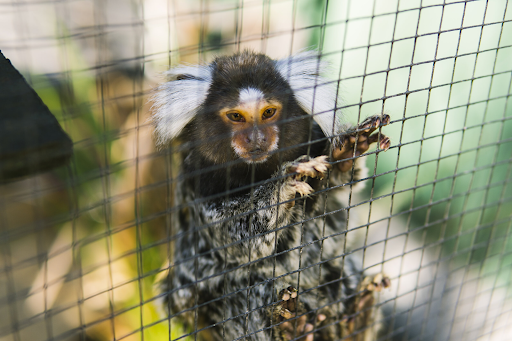 Prep students were excited to learn about the Royal Flying Doctors Service this week. We learnt about the special people that make this incredible service possible in Australia and talked about the roles and responsibilities of the different jobs required onboard a RFDS aircraft. The students got to experience what it is like to be inside an RFDS aircraft, as they hopped on board a simulator and took turns role-playing being a doctor, nurse and pilot. Our Prep students were inspired by the visit. 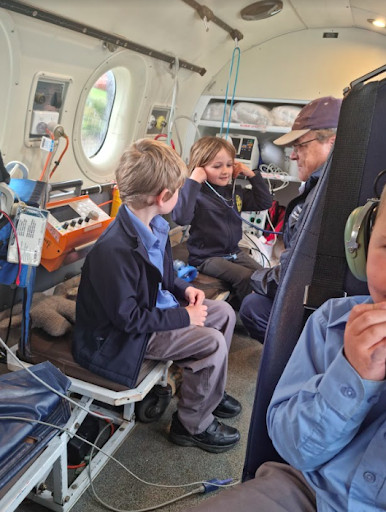 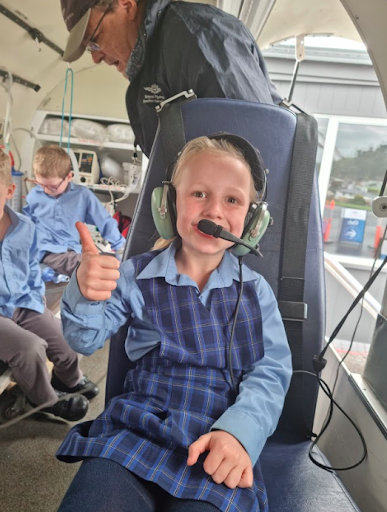 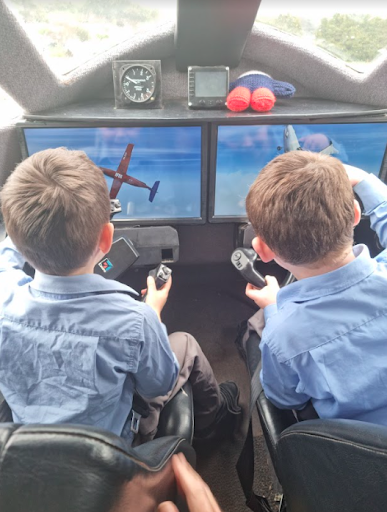 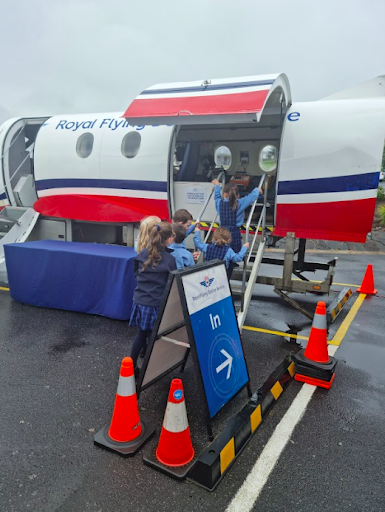 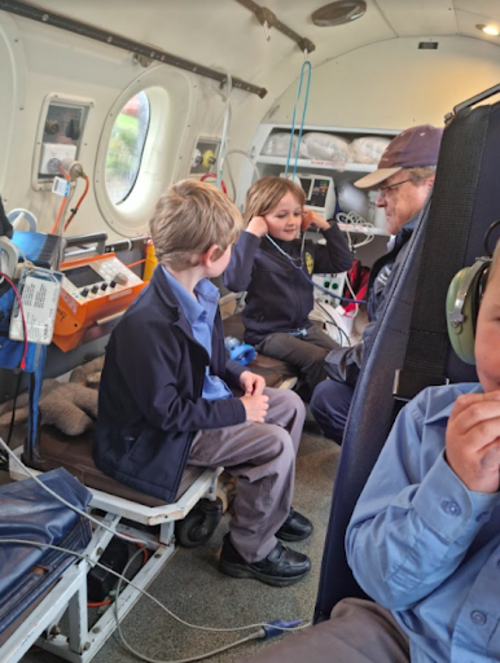 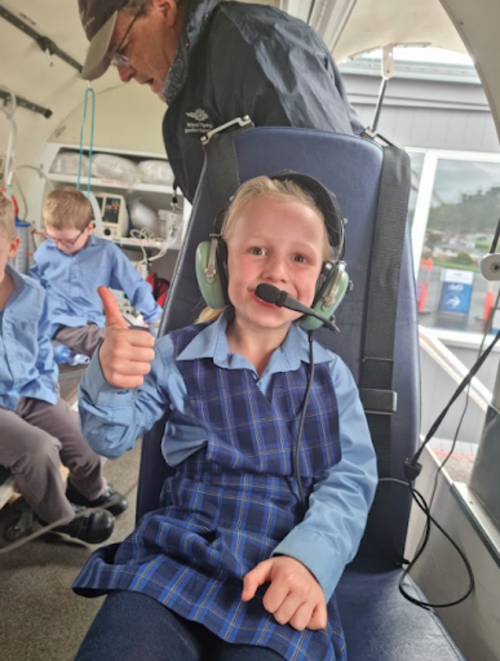 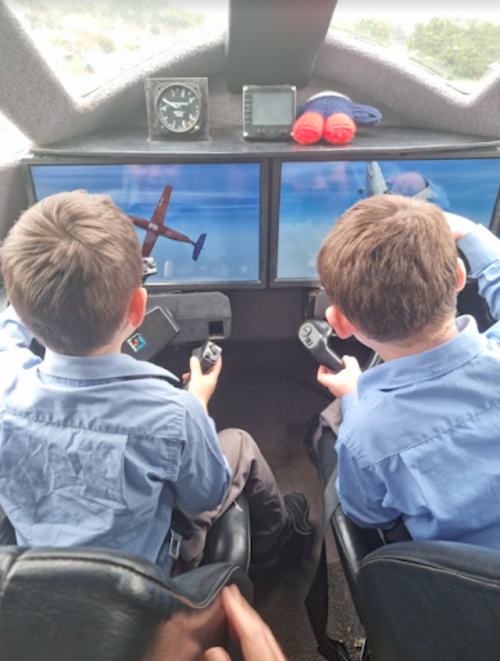 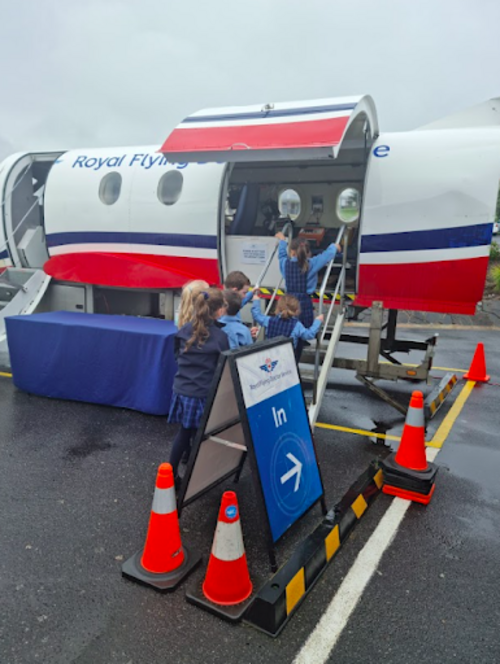 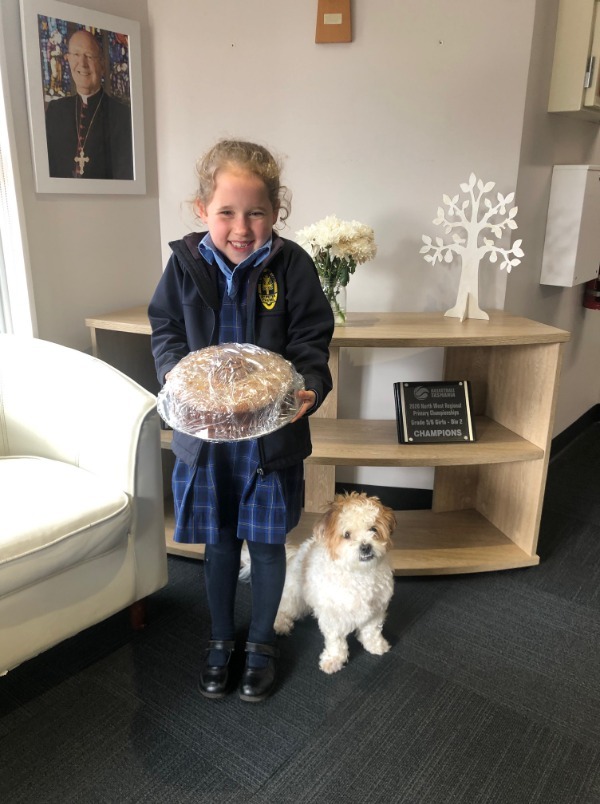 The P&F will be holding a ‘Spooky’ Disco on Friday 28th September. Please add this to your calendars.

A reminder for families not to send cake or food to share for students. This is to be respectful to some students cultural heritage and students with dietary requirements.

Friday, 29th September is a student free day. Staff will be participating in professional learning activities for the day. The final day of term for students is Thursday, 28th September.

We are awaiting samples for our smartplay Uniform. Once we receive these we will be able to advise families regarding a timeline and purchasing information.

In Term 4 students return to summer uniform. There is a two week changeover from winter to summer. Please ensure your child is wearing either full summer uniform or full winter uniform during this time. Please note our uniform prices have been reduced on Qkr due to the upcoming change to Smart Play.

Hats - As part of our sun smart policy all students are required to wear a hat from the commencement of Term 4. There are no grace periods for hats, if your child does not have a hat they will be asked to stay under cover. 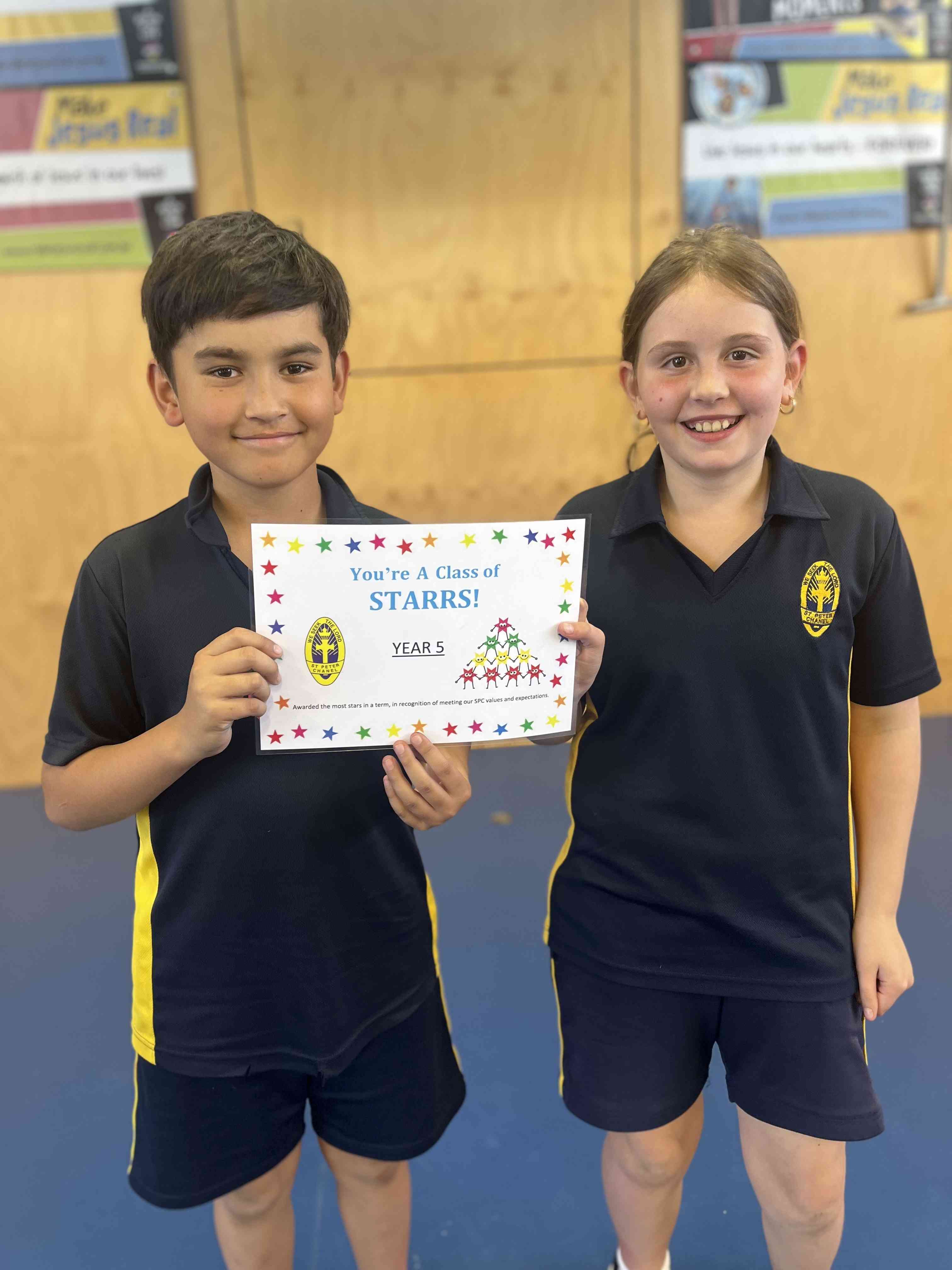 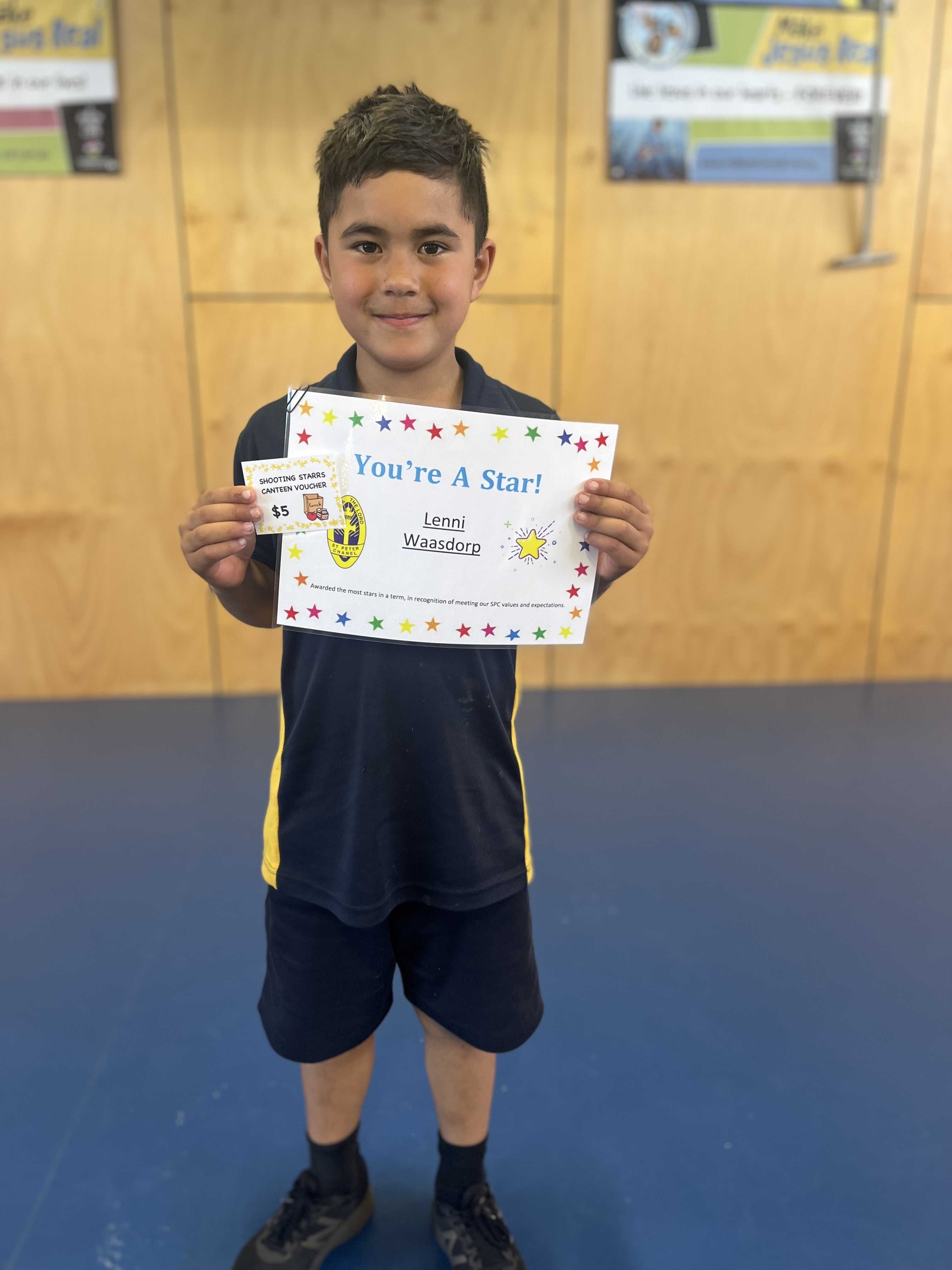 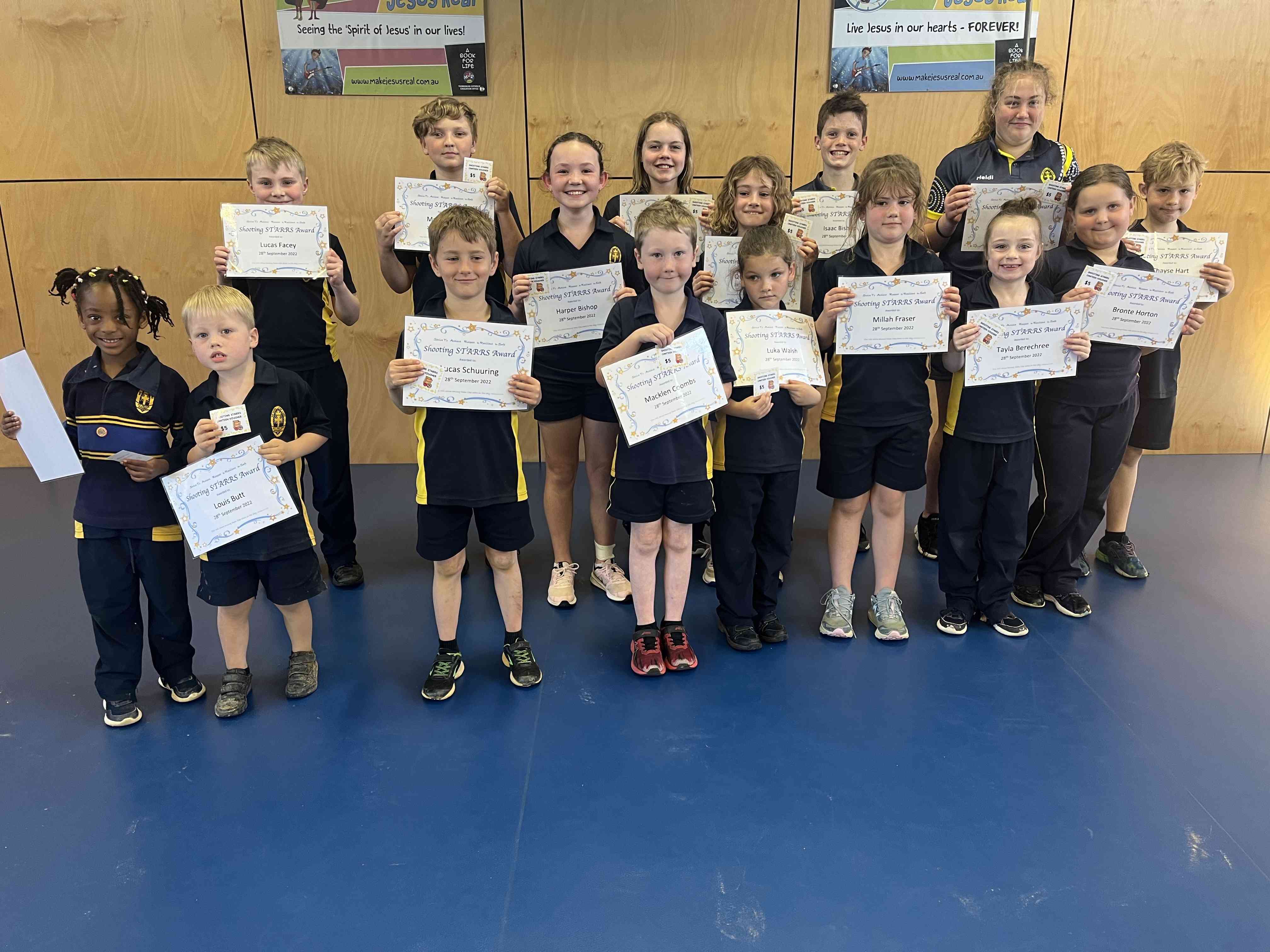 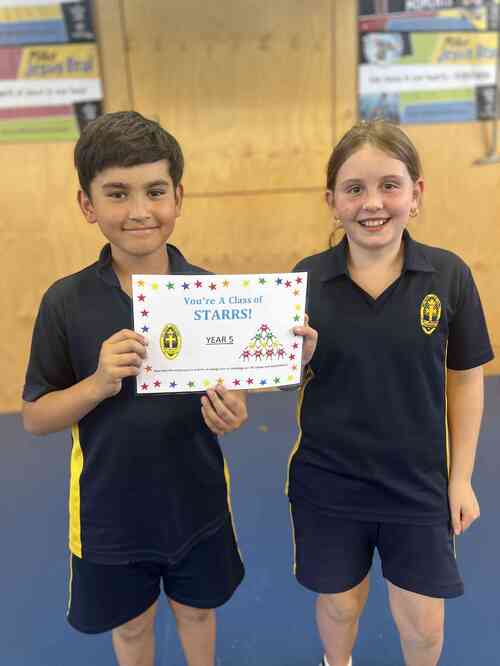 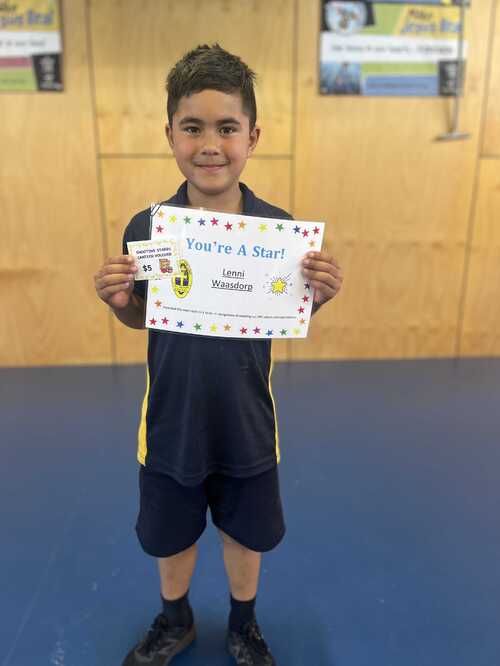 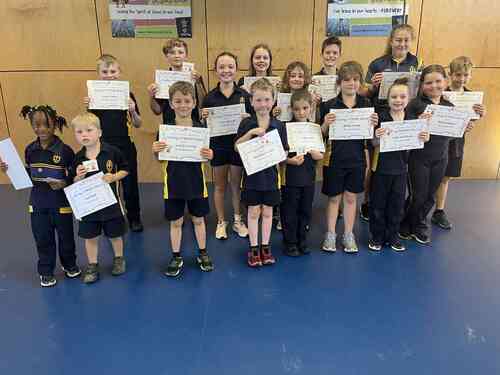 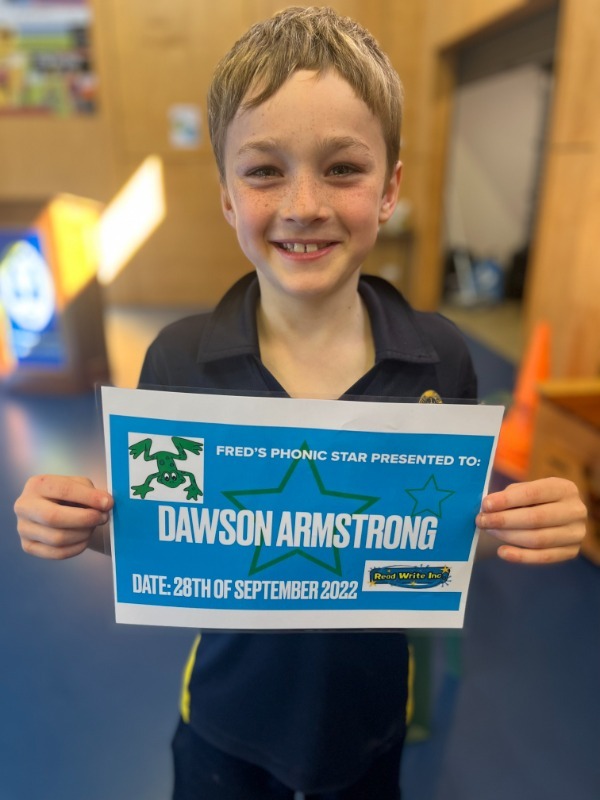 In Term 4, we are going to trial a different bell time for lunch, and slightly different for Recess.  The endeavour is to determine if students maintain engagement and concentration for a short period between Recess and Lunch.  Secondly, to enable a longer time for dedicated work after lunch.

New times will be:

Mrs Kerrie Flynn, along with other Catholic Principals, has been given the opportunity to attend the Saints of Italy Pilgrimage. Mrs Flynn will be away from Thursday, 29th September and returning on Thursday, 27th October.

While away, Mrs Flynn will participate in several masses in many different locations, marvel at the Sistine Chapel, pray at the tomb of Pope St John Paul ll, visit the St Mary Major Basilica, ascend the Holy Stairs in prayer, enter the sacred caves at St Benedict, have a guided tour of the Colosseum, explore the medieval city of Siena, honour St Clare and join the Poor Clare Nuns for Vespers.

Mrs Flynn will give us updates about her travels via Facebook.

Wishing you all a safe and enjoyable holiday break.

Principal Away - Saints of Italy Pilgrimage

Mrs Kerrie Flynn, along with other Catholic Principals, has been given the opportunity to attend the Saints of Italy Pilgrimage. Mrs Flynn will be away from Thursday, 29th September and returning on Thursday, 27th October.

While away, Mrs Flynn will participate in several masses and explore many different locations including a Scavi tour, marvel at the Sistine Chapel, pray at the tomb of Pope St John Paul ll, visit the St Mary Major Basilica, ascend the Holy Stairs in prayer, enter the sacred caves at St Benedict, have a guided tour of the Colosseum, explore the medieval city of Siena, honour St Clare and join the Poor Clare Nuns for Vespers.

We wish her all the best and look forward to hearing all about her tour when she returns.

Steph Clayton from Girls Programming Network is holding a workshop for any girls interested from ages 12-18 (upper primary students are welcome) to learn new skills for coding, or interested in learning IT skills, this Saturday. This session is free with lunch and snacks provided. Registrations are open until noon this Friday.

We are happy to announce that we will have three teams representing SPC at the upcoming basketball tournament to be held in Devonport on 29/30 October. We will have a 5/6 Boys team coached by Thalia Bishop, a 3/4 Boys team and a 5/6 Girls team both coached by senior Smithton Basketball players, Savannah Au and Bryce Walters.

On Thursday, 29 September we will have a Footy Colours day at school. All students are encouraged to dress up in their favourite sporting team colours. There will also be a special lunch on this day, Meat Pies and Saveloys in bread. Orders can be made through the Qrk! app or by returning the slip that was sent home. All profits will go towards the 2023 Grade 5/6 Camps.

There will be a parade on the Basketball court from 9am for any families that would like to come along.